This screening has a Q&A session. 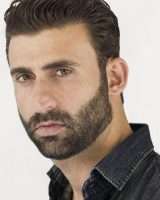